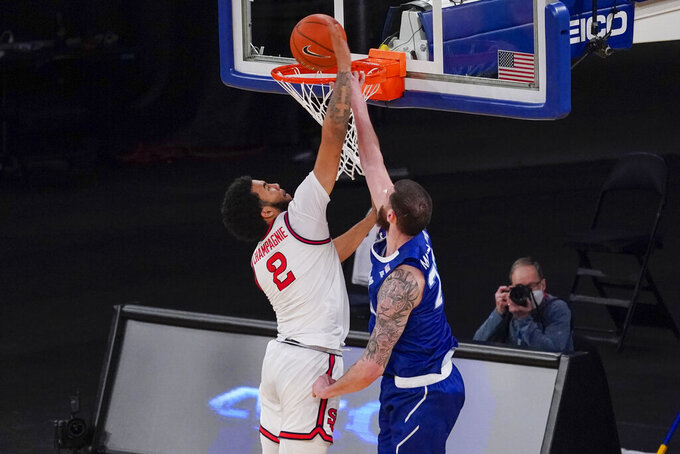 Seton Hall forward Sandro Mamukelashvili (23) goes to the basket against St. John's guard Julian Champagnie (2) during the second half of an NCAA college basketball game in the quarterfinals of the Big East conference tournament, Thursday, March 11, 2021, in New York. (AP Photo/Mary Altaffer) 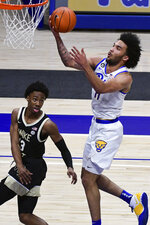 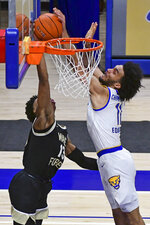 Julian Champagnie is entering the NBA draft process — just like his brother — after leading the Big East in scoring during his sophomore season at St. John's.

The 6-foot-8, 220-pound forward plans to maintain his eligibility in case he decides to return to college for his junior year. The announcement Thursday by St. John’s came two days after Champagnie’s twin Justin, a star player at Pittsburgh, revealed similar plans to explore his NBA prospects.

The identical twins played together at Bishop Loughlin High School in Brooklyn. Their father, Ranford, was a soccer player on the St. John’s team that won the 1996 national championship.

Julian Champagnie shot 43.3% from the field this season, including 38% on 3-pointers. He made a Big East-best 88.7% of his free throws and finished fourth in the conference in steals (1.4 per game) and ninth in blocks (1.0).