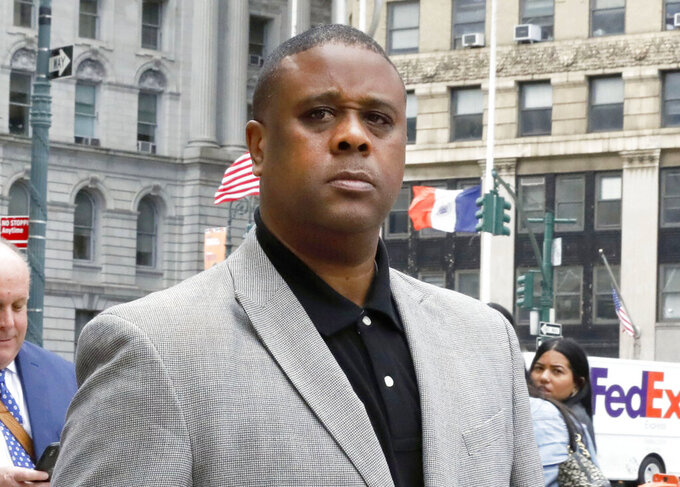 NEW YORK (AP) — A former point guard sentenced to prison in 2019 for his role in a college basketball bribery scheme has a book coming out next year.

Hanover Square Press announced Tuesday that Merl Code's “Black Market” will be published in March 2022. Code, a Clemson point guard in the 1990s who later worked with Nike and Adidas, was among 10 individuals arrested in 2017 for their alleged plan to get top prospects to sign with managers who would handle their finances once they turned professional.

Hanover is calling the book an “explosive insider account of the dark underworld of college basketball.” Code said in a statement that “'Black Market' is not only the story of my personal journey through basketball, both as a Division I student-athlete and later as a corporate executive and consultant, but a deeper dive into the multi-billion dollar marriage between corporate sponsors, universities and the NCAA."

“It exposes an ecosystem that predominantly preys on the abilities of the poor to enrich the already wealthy,” he added. "I hope that my memoir and experiences can bring about a serious discussion, examination and ultimately become a lightning rod for change.”