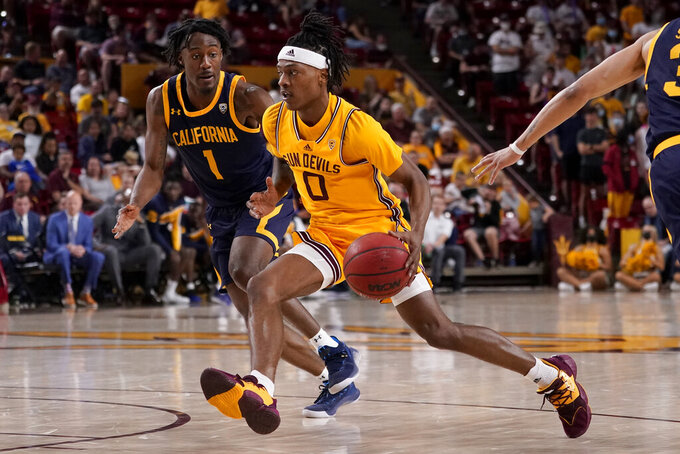 The Sun Devils have won six of their last seven games while limiting opponents to 36.5% shooting (141 of 386) from the field over that span.

Arizona State jumped to a 6-0 lead and used a 16-6 run to take a 12-point lead late in the first half. Grant Anticevich made a layup to trim Cal's deficit to 35-29 about two minutes into the second half but the Sun Devils responded with a 22-4 run to take a 24-point lead with nine minutes to play. Heath, Jackson and Horne each hit a 3-pointer in the final 42 seconds of the spurt.

The Sun Devils scored 16 points off 13 Cal turnovers and outscored the Bears 42-22 in the paint and 27-2 in fast-break points.

Cal wraps up the regular season Saturday at No. 2 Arizona.

Arizona State plays its home finale against Stanford on Saturday.