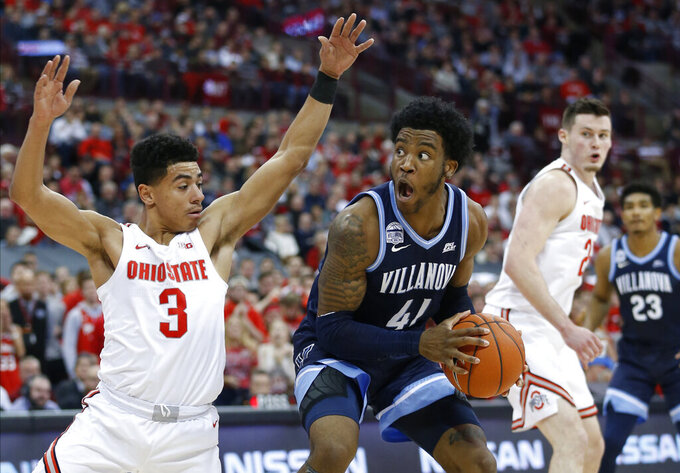 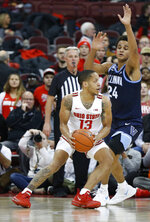 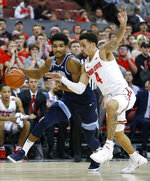 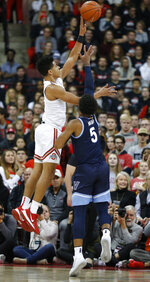 His 18th-ranked Buckeyes looked NCAA Tournament-ready in their third game, racing out to a big lead, playing solid defense and smothering No. 10 Villanova 76-51 on Wednesday night for a significant early-season victory.

“Probably two or three times have I ever been part of a game as a head coach where almost everything kind of goes your way,” Holtmann said. “And that’s reality. Very rarely do you have games like that.”

Ohio State (3-0) came out firing, with Duane Washington Jr. opening the game with a pair of 3s and CJ Walker adding another for a quick 9-0 lead. The Buckeyes bolted to a 19-3 lead, led by as many as 27 and held a 40-22 advantage at the intermission of this Gavitt Tipoff Game, a November series that matches up the Big Ten and the Big East.

“We knew we had to have a big start because we’ve been starting games off slow,” said freshman guard D.J. Carton, who finished with 11 points and was one of five Ohio State players to reach double figures.

Villanova didn’t show signs of life until a 9-0 run late in the first half. But Kyle Young started the second half with a dunk and the Buckeyes never backed off the gas, leading by as many as 30.

“Our players’ preparation and their play was the reason for tonight’s win,” Holtmann said. “I thought across the board they were really ready for this game.”

Washington led the Buckeyes with 14 points on 4-for-6 shooting from beyond the arc. Luther Muhammad had 11 points and Kaleb Wesson added 10 points and 11 rebounds.

Villanova never could find its shot.

The Wildcats hit 30.6% from the floor, including 10 of 30 from 3-point range. They were held to a dozen points in the first 16 minutes, and the Buckeyes consistently controlled play in the paint.

Jermaine Samuels had 14 points and Cole Swider had 11 for the Wildcats (1-1).

“We have a lot to learn,” said coach Jay Wright, whose teams have won two national championships in the past five seasons.

Villanova: Starting a pair of freshmen, Villanova could never catch up with the hustling Buckeyes. The crowd in Columbus chanted “overrated,” which could be the case.

“There’s things we should have been prepared for,” Wright said. “(Ohio State) was prepared. We as a staff have to go back and look at what are we doing. Do we have too much stuff in, where basic concepts are not really dialed in on?”

Ohio State: Most everything was clicking in the Buckeyes’ third game of the season. If they can sustain it, they should be able to play with nearly any team in the country.

“Tonight was one of those nights where it was just flowing,” said Walker, who had 10 points.

Ohio State should take a big leap, while Villanova can expect to drop out of the top 10.