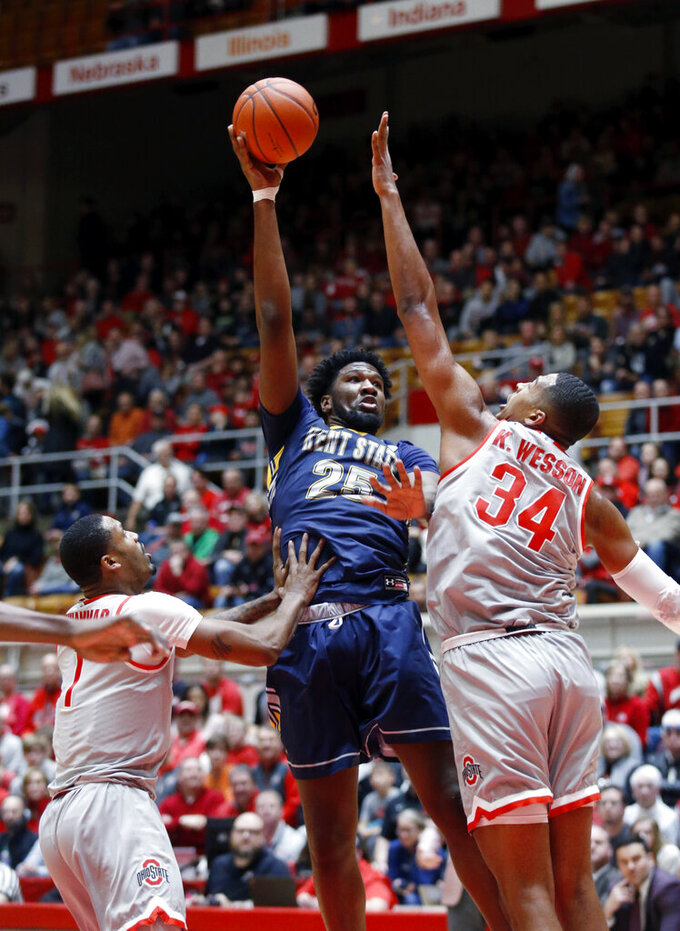 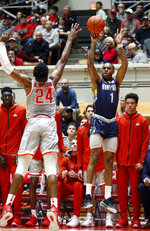 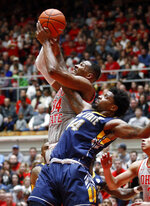 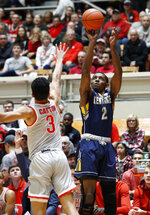 COLUMBUS, Ohio (AP) — Ohio State had run through its first five opponents this season by an average margin of victory of 25 points.

But instate rival Kent State came into St. John Arena with other ideas Monday night. The Golden Flashes rallied from down 17 points to tie the No. 10 Buckeyes at 48-48 midway through the second half. Order was restored, however, as Ohio State reeled off 17 straight points and pulled away for the 71-52 win.

“To be honest with you, we needed a game like this,” said Ohio State coach Chris Holtmann, whose team improved to 6-0. “(Kent) was really tough and really physical. I think we expected that. I give our guys a lot of credit. It’s a good win for us.

“We need to play better, we need to coach better and we need to eliminate some of the poor plays we had.”

Danny Pippen had 19 points and Antonio Williams scored 17 for Kent State (5-1), which was bidding to become the first MAC team to defeat Ohio State in nearly 25 years. Bowling Green was the last team to do it with a win in St. John Arena on Dec. 22, 1994.

“There are some things I wish we could have done a little bit differently,” said Kent State coach Rob Senderoff. “I’m proud of the way the guys competed. We tied it and had a shot to take the lead there and missed a pretty good look. Give them a lot of credit because they continued to grind and made the plays they needed to make.”

Washington had a pair of 3s on his way to 10 first-half points for Ohio State, which led 35-23 at the intermission.

The teams traded the lead early before Ohio State’s D.J. Carton scored on a strong drive for a 12-11 lead. The Buckeyes then went on a 16-4 run, which included six points from Washington and five from Muhammad. Carton capped the run with a 3 off an assist from Andre Wesson to make it 33-19 with 2:00 left in the half.

Ohio State answered by scoring 17 straight points with 11 of those coming at the foul line. Muhammad had the first five of those points as he was fouled on a pair of shot attempts.

“I was just being aggressive, to be honest,” Muhammad said. “I had an open shot I’ve made before. The free throws just come down to preparation and hard work. We stayed together and took it one possession at a time.”

“We got critical stops when we needed to there,” said Holtmann, whose team held Kent State scoreless for almost seven minutes as it seized control of the game. “That was the difference in that stretch. Our guys were tremendous in the timeouts.

“I was upset with some of the officiating calls. They were probably the ones who had more composure and poise. That is important in a game like this.”

The Buckeyes enjoyed a big advantage at the free throw line, where they were 22 of 30. Kent State was 4 of 7.

For the second year in a row, Ohio State played a game at St. John Arena. St. John served as the home arena of Ohio State basketball for 42 seasons from 1956-57 through 1997-98 before the program moved down the street to Value City Arena. The Buckeyes improved to 7-0 in games at St. John since that move.

Kent State: Veteran coach Rob Senderoff has to like the way his mix of veterans and newcomers put a scare into the Buckeyes. Back in their element in the MAC, the Golden Flashes could be a conference contender once again.

Ohio State: The Buckeyes already boast wins over the likes of Cincinnati and No. 22 Villanova. They get one more tune-up against Morgan State before visiting No. 6 North Carolina on Dec. 4.