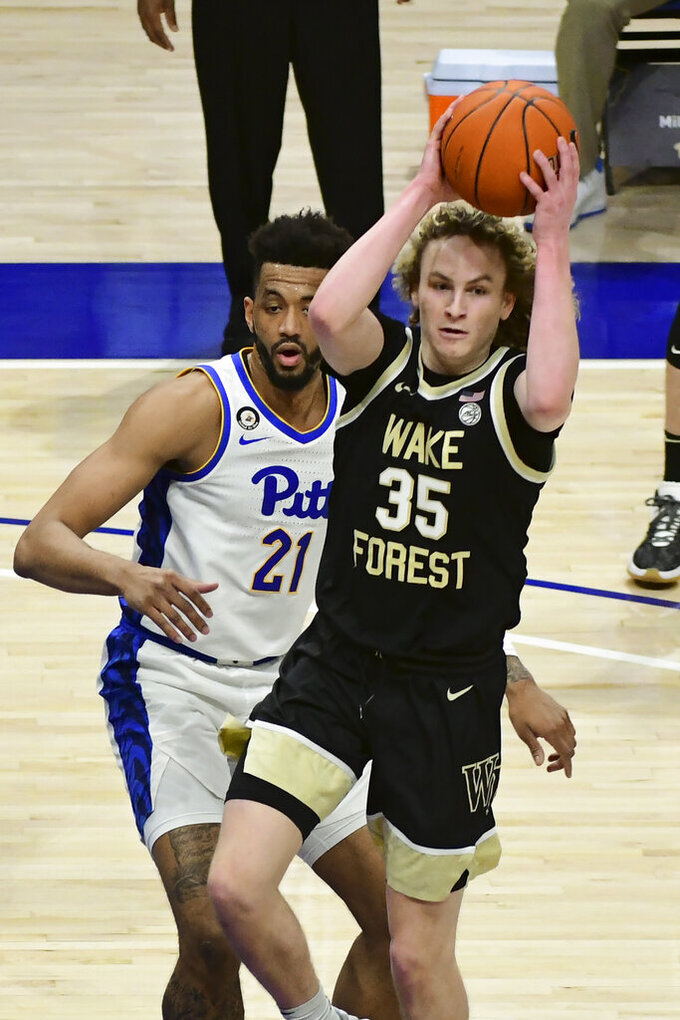 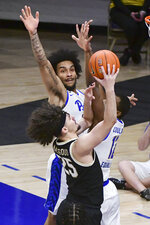 Champagnie gave Pitt the first double-digit lead of the game on a 3-pointer with 5:21 left for a 58-46 lead. The Panthers led by at least 10 points the rest of the way.

Champagnie recorded his league-leading 13th double-double of the season for Pittsburgh (10-10, 6-9 Atlantic Coast Conference), which matched its conference win total from last season. Pitt has not won more than six ACC games since the 2015-16 season.

Sibande and Champagnie were each 7 of 13 from the field to help the Panthers shoot 46.2%. Pitt outrebounded Wake 42-23 and scored 28 points in the paint.

Daivien Williamson led Wake Forest (6-14, 3-14) with 17 points, four assists and three steals. Ismael Massoud added 10 points. The Demon Deacons were looking to sweep the Panthers for the first time since Pitt joined the ACC in 2013.

Pitt is scheduled to face Clemson in a regular-season finale on Saturday. Wake Forest will attempt to break a six-game losing streak when it faces Georgia Tech on Friday.