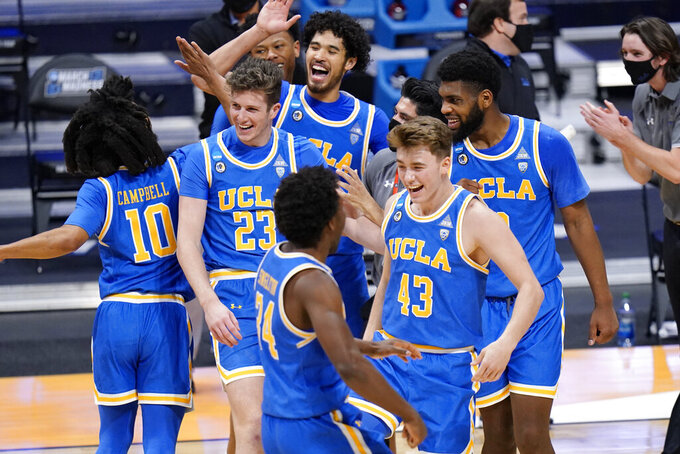 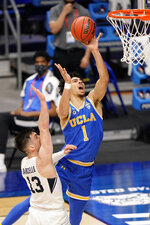 On one side, it's mighty UCLA. College basketball royalty.

On the other end, it's tiny Abilene Christian. NCAA novice.

A perfect matchup for an NCAA Tournament full of March Madness.

Johnny Juzang and UCLA take on Joe Pleasant and Abilene Christian on Monday in an unlikely matchup in the second round of the East Region. The 11th-seeded Bruins (19-9) advanced with a 73-62 victory over BYU, and the 14th-seeded Wildcats (24-4) edged Texas 53-52 in one of the tournament's biggest surprises so far.

It's big vs. small. Tradition vs. NCAA neophyte.

UCLA, with an enrollment of 31,000-plus, has 11 national titles in men's college basketball. It's based in the most populous city on the West Coast and circled by mountains, beaches and nature.

Located in the arid plains of West Texas where high school football is king, Abilene Christian has 5,000 students. It moved from Division II to I in 2013-14 and now has a win in the NCAA Tournament.

The Wildcats rely on their pressing defense, which lead the nation in forced turnovers, averaging almost 21.

Monday's other games in the region will have No. 1 seed Michigan playing No. 8 LSU, No. 2 Alabama against No. 10 Maryland and No. 4 Florida State against Colorado.

UCLA beat Michigan State in a First Four game on Thursday and was impressive in beating No. 6 seed BYU on Saturday. Bruins coach Mick Cronin isn't surprised about the number of surprises this season.

“How do you get seeding right when teams are on COVID pauses, other teams work, then you throw in injuries,” he said. “So I would agree with you that seeding is probably as off as it’s ever been but how could you possibly get it right this year?”

This is the first time four teams seeded 13th or higher made the second round. Nine double-digit seeds got past the first round. The record is 10 set in 2016.

Michigan looks to advance to the Sweet 16 for a fourth consecutive tournament when it faces LSU.

“Nobody knows who’s going to win and who’s not," Michigan forward Franz Wagner said Sunday. "You can see that with these first couple days of the tournament. Just excited to go out there and play. Whatever happens, happens, but as long as you give it your all, I think you can live with the results.”

This will be the third meeting between the schools. LSU won the last one in in Maui in November 2017.

The Tigers, who had no problem with St. Bonaventure in the opening round, have been playing their best basketball the past few weeks. They nearly knocked off Alabama in the SEC title game after beating a higher-seeded Arkansas. The Tigers play good defense and rebound ferociously.

This will be the first game between Colorado of the Pac-12 and Florida State of the ACC.

Colorado is coming off a 96-73 victory over Big East Tournament champion Georgetown. The Buffs hit 16 3-pointers and shot 64% from long range.

“They’re a team that’s similar to us in a lot of aspects," Buffs senior swingman D'Shawn Schwartz said. "They’re really deep. We’re pretty much evenly matched with size in our starting lineups. They’re a long, aggressive team, they like to get out of the lane so we’ve got to make sure we take care of the ball.”

Colorado is looking for its first Sweet 16 trip since 1969. Florida State has made the round of 32 in the last four tournaments. It reached the Elite Eight in 2018.

Alabama was challenged by Rick Pitino's Iona in the first round and didn't pull away until late. Maryland of the Big Ten was tenacious on defense in beating UConn and will need more of the same.

Terps coach Mark Turgeon said the Crimson Tide are underrated on defense with their length and quickness.

“We concentrate on it because we have to," Turgeon said. “We have no chance if we can’t get stops. I mean you’ve got to be locked in to the scouting report. I think the best teams here are the ones that can do it on both ends.”