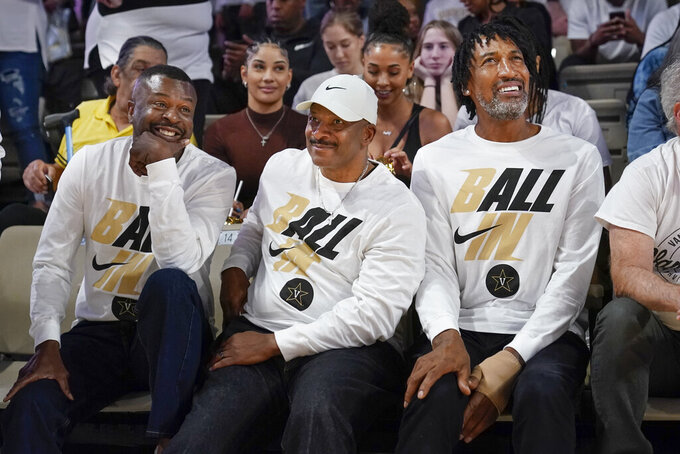 NASHVILLE, Tenn. (AP) — Scotty Pippen Jr. scored 32 points, Liam Robbins made several plays down the stretch — including a blocked shot with 0.4 seconds left — to help Vanderbilt beat No. 1 seed Dayton 70-68 in overtime Sunday in the second round of the NIT.

The fourth-seeded Commodores play No. 2 seed Xavier in the quarterfinals.

Pippen shot just 9 of 24 from the field but made 11 of 13 from the free-throw line and finished with seven assists and three steals. Robbins, who missed practice this week due to an ankle injury, had four points, five rebounds and two blocks for Vanderbilt (19-16).

Robbins, who came out of the game with 13:58 left in regulation, checked in with 1:49 to go in overtime and had two offensive rebounds — the second of which led to a putback that gave the Commodores a 70-68 lead with 39 seconds to go — before bottle-capping a potential winning shot by Elvis in the closing seconds.