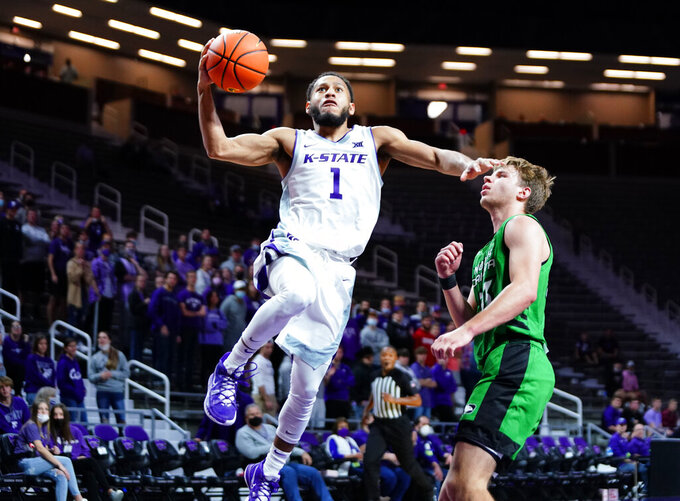 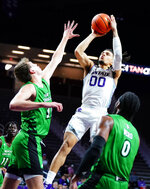 Mike McGuirl and Kaosi Ezeagu each scored 15 points and Mark Smith 11 for the Wildcats (3-2), who snapped a two-game skid in a big way. After losing to Power Five foes Arkansas and Illinois by identical 72-64 scores, Kansas State hit the gas pedal with a 19-1 run spanning seven minutes of the first half to sprint away from mid-major North Dakota.

The breakaway featured five 3-pointers and when McGuirl hit his second, the Wildcats were up by 20 and in control.

Seven-foot junior Carlton Linguard played four minutes and scored two points as he eases back into the rotation after knee surgery in the spring.

Paul Bruns scored 16 points to lead North Dakota (2-5), which lost a fourth straight. Bentiu Panoam added 10 points. The Fighting Hawks shot 29% and were 3-for-31 from distance.