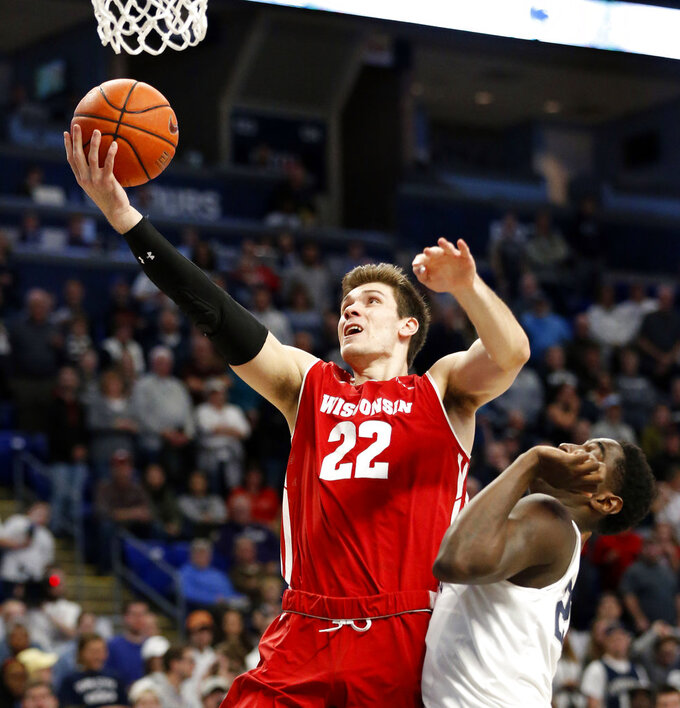 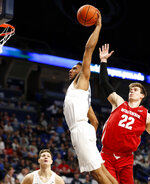 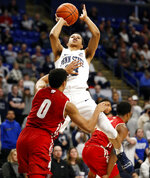 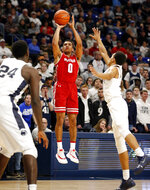 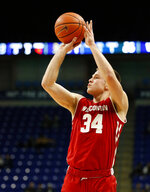 STATE COLLEGE, Pa. (AP) — After two straight defeats, the Wisconsin Badgers got back to what's made them successful in the past.

Ethan Happ had 22 points and eight rebounds as No. 22 Wisconsin stopped a midseason slide by routing Penn State 71-52 on Sunday. The Badgers held Penn State's talented starting guards to 22 points combined on a night when the Nittany Lions made just 20 of 53 field goal attempts and committed 16 turnovers.

"We had a couple rough ones in a row where we weren't able to play complete games either offensively or defensively," Wisconsin coach Greg Gard said. "But I thought tonight we were really solid for the most part."

The struggling Nittany Lions played without coach Patrick Chambers, who was suspended for the game after shoving Penn State freshman guard Myles Dread during a timeout Thursday in a loss at Michigan. Chambers apologized and said he was just trying to get the best out of Dread.

Brad Davison added 14 points and Nate Reuvers scored 11 for Wisconsin (11-4, 3-1 Big Ten), which beat the Nittany Lions for the 11th straight time. Coming off seven-point losses to Western Kentucky and Minnesota, the Badgers led by as many as 24 and maintained a double-digit advantage throughout the second half.

The Badgers, who entered third in the Big Ten in scoring defense at 62.9 points allowed per game, took control with a 22-6 run over 8:53 of the first half. They held the Nittany Lions to only 23 shots in the first 20 minutes.

Wisconsin opened its biggest lead of the half when Davison hit his second 3-pointer to make it 29-13 with 3:52 left.

Stevens scored five of Penn State's next 10 points and Dread added a 3 to cut Wisconsin's advantage to 33-23 at halftime.

The Nittany Lions got no closer as the Badgers opened the second period with 10 straight points as part of a 16-2 spurt.

"You need to get shots in order for the ball to go in the basket," Penn State associate coach Keith Urgo said. "And we're turning the ball over too much."

Urgo said he wasn't sure where Chambers watched the game from but said the head coach was heavily involved in preparation.

Stevens, who has started all 87 games of his career with Chambers on the sideline, said it was odd playing without Chambers' voice ringing out across the court. Stevens said the team didn't hold Chambers' actions at Michigan against him.

"We know how much Coach Chambers really loves us, everything he does for us," Stevens said. "He's just an extremely passionate person and he loves and cares for us, so seeing that, we felt for him and we came to work every day motivated for him."

Wisconsin: The Badgers needed to generate some momentum heading into games against Purdue, Maryland and No. 2 Michigan.

Wisconsin: Plays at Purdue on Friday.

Penn State: Plays at No. 24 Nebraska on Thursday.