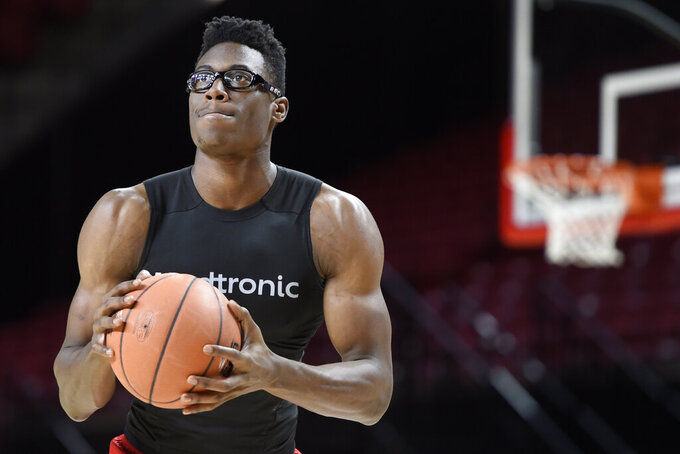 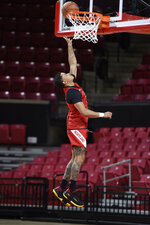 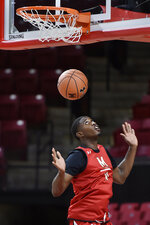 COLLEGE PARK, Md. (AP) — Talented and deep, mature and hungry, No. 7 Maryland brings the potential for greatness into coach Mark Turgeon's ninth year at the school.

The leading scorer from last season, senior guard Anthony Cowan Jr., will be accompanied by forward Jalen Smith, who has added some bulk to his lean frame following a strong freshman season. Starters Eric Ayala and Darryl Morsell are also back, to be joined by a skilled freshman class that includes 6-foot-10 twins Makhi and Makhel Mitchell.

Center Bruno Fernando left for the NBA, but the Terrapins are nevertheless poised to improve upon a 2018-19 season in which they went 23-11 and came within a 3-pointer from advancing to the Sweet 16.

No one's openly talking about adding a national championship to the one coach Gary Williams claimed in 2002, but the possibility is there.

"If they're coachable and they're selfless," Turgeon said, "then we'll get continue to get better and we'll do some great things."

Seven of the eight players from last season's rotation are back, and Turgeon likes what he's seen from the five freshmen on the roster.

"I would probably say it's my deepest team," he said. "I think there will be times in games this year where we sub and we get better. And that's not always hasn't been the case."

Some other things to know heading to Maryland's 2019-20 season:

Cowan entered his name in the NBA draft but withdrew to return for one more campaign with the Terps.

"I want to win. That's been my main goal this whole time," said Cowan, who was voted second-team All-Big Ten last season after averaging 15.6 points per game and leading Maryland in assists.

"In a world where it's not great to become a senior, I am really proud of Anthony," Turgeon said. "Maybe he can make it cool again to do it."

As a freshman, the rail-thin Smith was nicknamed "Stix."

After working long hours in the weight room during the offseason, the 6-10 sophomore has earned the moniker "Logs" from Turgeon.

Smith was sensational in the NCAA Tournament, getting 19 points and 12 rebounds in a 79-77 win over Belmont before tallying 15 points, eight rebounds and five blocks in a heartbreaking 69-67 loss to Louisiana State.

"Last year pretty much just motivated me to get stronger and work on my weaknesses," Smith said. "I was 215 pounds last year and now I'm 225-227. It's going to help me withstand hits and have a longer endurance."

It's going to be hard to replace Fernando's unrelenting enthusiasm, but the physical presence he provided in the lane could very well be handled by a trio of freshmen.

In addition to the Mitchell twins, 7-2 Chol Marial of South Sudan should end up altering many an inside shot. Marial will get a late start after having surgery to repair stress fractures in both legs, but the Mitchells can contribute immediately.

"We're dominant bigs," Makhi said. "I can step out and dribble it a little bit. Makhel can shoot a 15-footer, shoot a 3. Defensive-wise, we both block shots, great rebounders."

The brothers both went to Wilson High in the nation's capital and made a pact to stay together in college.

"It was a package deal," Makhi said.

This isn't the first time Turgeon has entered a season surrounded by lofty expectations. In 2015, a team with Diamond Stone, Jake Layman and Melo Trimble started 15-1 and reached the AP Top 10 but lost in the semifinals of the conference tournament and was blown out by Kansas in the third round of the NCAA Tournament.

Maryland fans are looking for greatness this season, too, but Turgeon and the players have no intention of getting swept up by the hype.

"We're embracing the expectations much better than that team did. That was kind of new for us," Turgeon said. "We're prepared for it."

Before opening Big Ten play, Maryland faces a fairly soft schedule with the possible exception of Notre Dame at home in the Big Ten/ACC Challenge.

The Terrapins hope to be playing their best basketball toward the end of the regular season, because the final five games include trips to Ohio State and Minnesota, along with home matchups with Michigan and Michigan State.