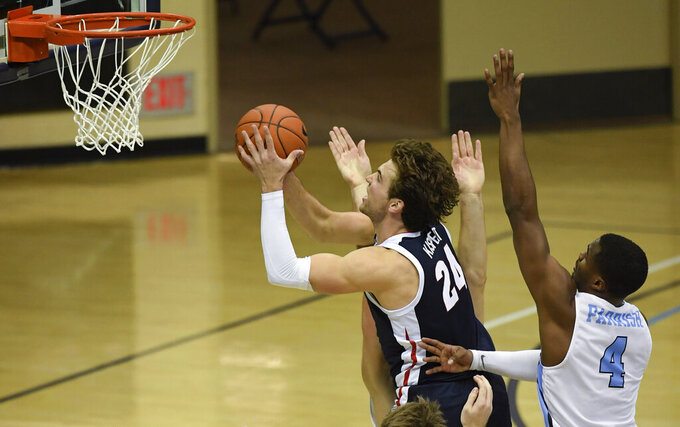 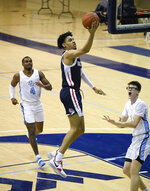 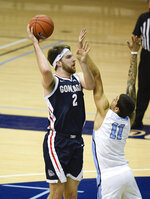 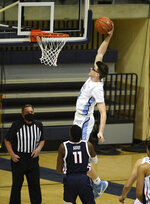 After a slow start, the Zags used a 15-0 run in the first half to take control and then ran away in the second half.

Kispert keyed an impressive stretch when Gonzaga expanded a 40-29 halftime lead to 58-38 just seven minutes into the second half. The senior forward made a layup and then hit a floater and then added a transition 3-pointer. Timme followed with a 3-point play for a 58-38 lead.

Gonzaga continued to pile on as Suggs hit a 3, was fouled and converted the 4-point play. Timme converted a 3-point play and Kispert hit another transition 3 to make it 72-46 with 7:34 to go.

Julian Strawther had 11 points and Anton Watson 10 for Gonzaga, which shot 57.6% from the field. Andrew Nembhard had 10 of Gonzaga’s 23 assists.

USD led for the first 12 minutes before Gonzaga went on a 15-0 run to take control.

Timme had two buckets in the final 1:30 and Kispert hit a 3 in the closing seconds to give Gonzaga a 40-29 halftime lead.

USD: The Toreros looked good in the opening 12 minutes before being overwhelmed by the talented Zags. Pyle had two 3-pointers and Sullivan took it to the hole for a slam dunk and later added a 3.

Gonzaga is at Pepperdine on Saturday night.