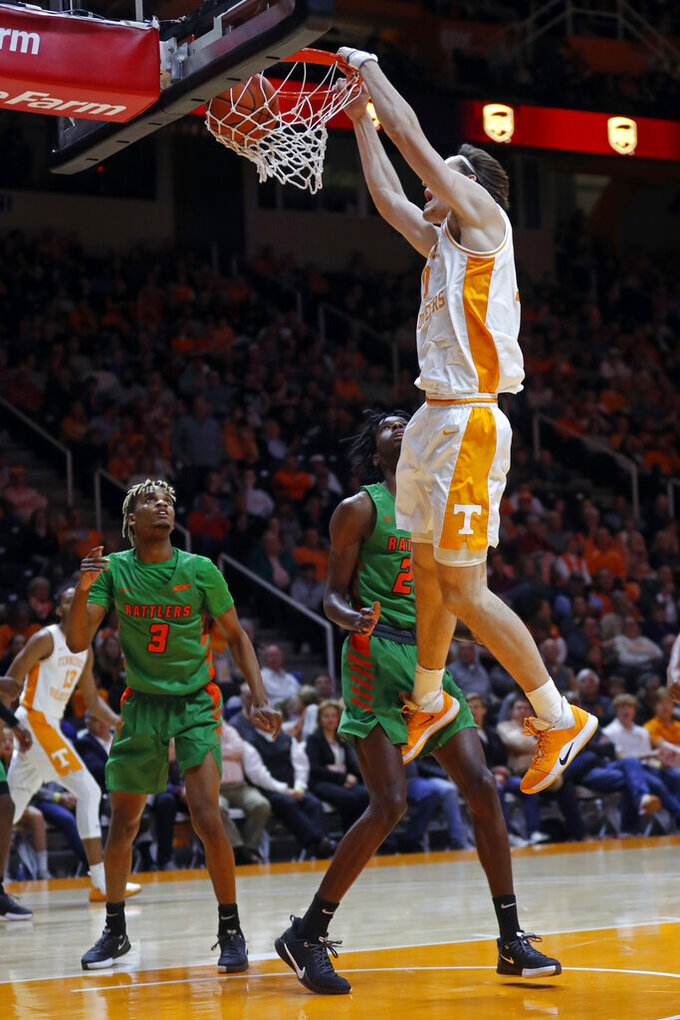 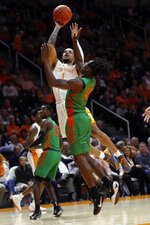 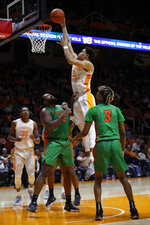 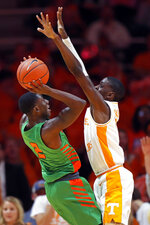 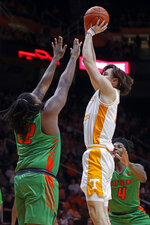 “It’s just a great feeling because you know your fans are going to be happy about that, for sure,” said Nkamhoua, who had 11 points and 13 rebounds. “Just playing at home and winning at home is one of the best feelings ever.”

Tennessee has won its first five home games this season by an average margin of 22 points. The Vols will face a much greater challenge prolonging the streak when they return from exams to host No. 15 Memphis on Dec. 14.

The Volunteers took control immediately with a 14-0 run that established a 16-3 lead. Tennessee stayed in front by double digits the rest of the way.

Fulkerson’s 15-point performance came four days after the junior forward scored a career-high 17 in a 72-69 victory over VCU, which was ranked No. 20 at the time.

The 6-foot-8 freshman hadn’t scored more than eight points or pulled down more than seven rebounds in any game before Wednesday. He had seven offensive boards alone against Florida A&M and helped Tennessee outscore the Rattlers 22-5 in second-chance points.

“You haven’t seen yet what we know he can do,” Volunteers coach Rick Barnes said. “I don’t think he knows what he can do yet. I keep saying that to him.’’

Yves Pons scored 14 points and Lamonte’ Turner and Josiah-Jordan James each added 10 for Tennessee. Evins Desir had 11 for the Rattlers (0-7).

“They’re committed to being a very good defensive team, and with so many of Rick’s teams, that’s where they hang their hats,” Florida A&M coach Robert McCullum said. “You play a Rick Barnes team, you know that you’ve got your work cut out for you.’’

Florida A&M: This game continued the early-season travels for Florida A&M, a Mid-Eastern Athletic Conference program that won’t play its first home game until it hosts Morgan State on Jan. 11. The Rattlers are opening their season with 11 road games and two neutral-site contests. Florida A&M played this one just two nights after losing 76-58 at Kansas State.

Tennessee: The Vols won easily despite not getting much scoring from Jordan Bowden, who entered averaging a team-high 15.4 points per game. Bowden scored just three and shot 1 of 7. Tennessee will need to play better to beat Memphis after the exam break. Tennessee had an equal number of turnovers and baskets (10) in the second half.

“Defensively, we can get better,” Barnes said. “But I do think this: If our offense gets better, our defense will get better. I think we put so much pressure on our defense at times because of our silly turnovers and just trying to make great passes as opposed to just playing good basketball.”